The shift to remote work has created a surge in cloud computing demand, and while the market is dominated by the likes of Amazon and Microsoft, the pandemic is creating opportunity for startups, too.

Cloud infrastructure spending reached $31 billion in the first quarter of the year, according to an estimate from tech market researcher Canalys. The top four providers — Amazon Web Services, Microsoft Azure, Google Cloud, and Alibaba Cloud — accounted for 62% of the cloud spend while the remaining 38% percent went to other providers, Canalys estimated.

We asked venture capitalists — including those from top firms like Kleiner Perkins and Andreeseen Horowitz — to name the top startups in cloud infrastructure, including those that provide services like storage, networking, security.

Here are the 24 top cloud infrastructure startups, according to venture capitalists, including why they are expected to boom, and how much they've raised (data from PitchBook unless otherwise noted): 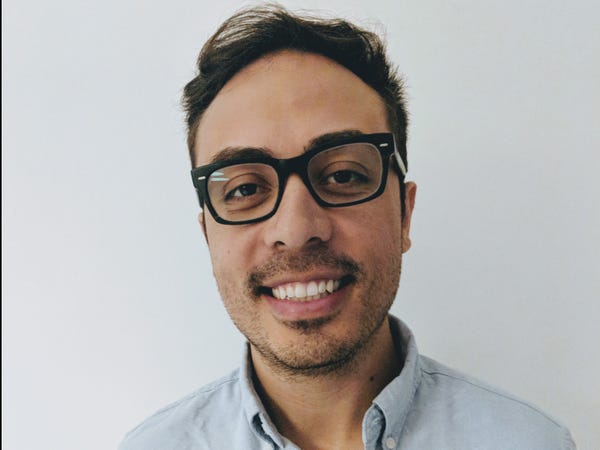 What it does: Vectorized builds a streaming platform called Redpanda, which streams data for applications in real time.

Why it will boom: "There is increased demand for businesses to make decisions and provide services in real-time, so companies are leveraging streaming systems to move faster." 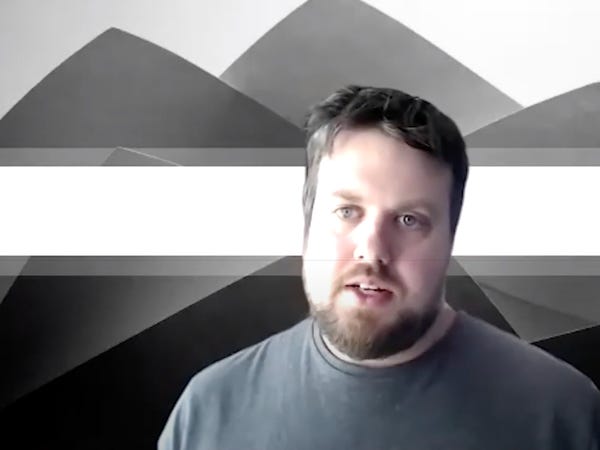 What it does: MontyCloud develops a platform aimed tat simplifying the management and governance of cloud infrastructure, applications, and services.

Why it will boom: "MontyCloud has taken a fresh look at the growing complexity and offers a way to ensure that IT departments can manage all of their cloud environments in a consistent way," Ted Kummert, a Madrona venture partner, said in announcing the firm's investment last year. "This is a growing issue for any modern enterprise and the early customer traction has been impressive." 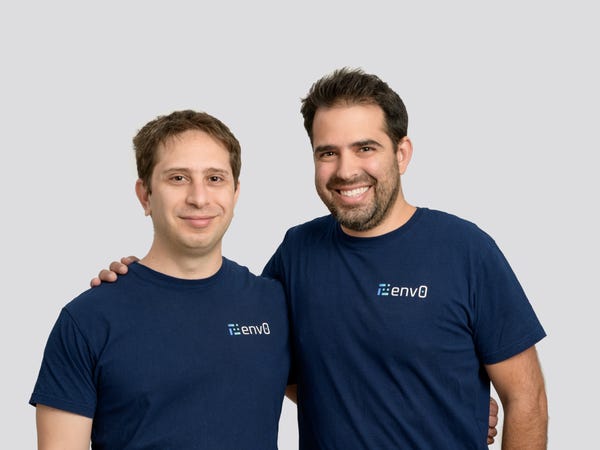 What it does: Env0 helps organizations to manage their cloud applications and apply a company's policies for cost management, security, and compliance.

Why it will boom: "For developers, testers, support, and sales struggling on the never-ending race towards increased velocity, Env0 allows [them] to self-manage environments through an easy to use UI, relieving their dependency on DevOps and releasing a significant organizational bottleneck." 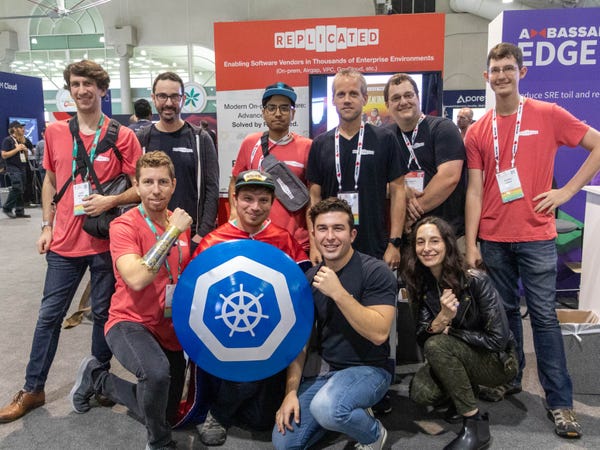 What it does: Replicated provides tools for customers to run and scale applications on the open-source cloud computing project Kubernetes.

Why it will boom: "Over the last few years, Kubernetes has become the go-to solution for modern, internal application development and deployment." 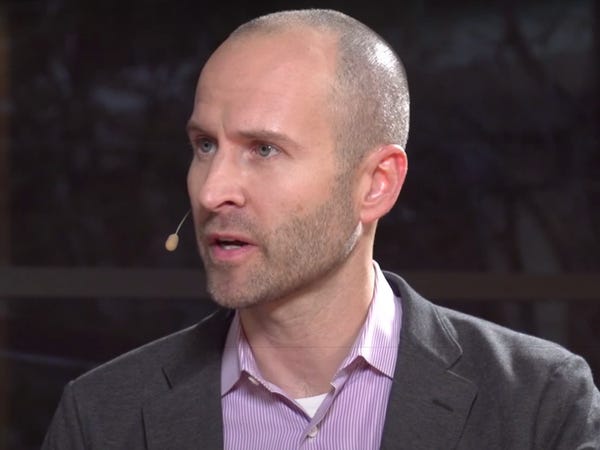 What it does: Stackery builds a platform for app development on sever-less infrastructure.

Why it will boom: "Any team that is building on AWS Lambda should be using Stackery to manage their app design, build, and test processes," Newell said. "They have emerged as the thought leaders in the space." 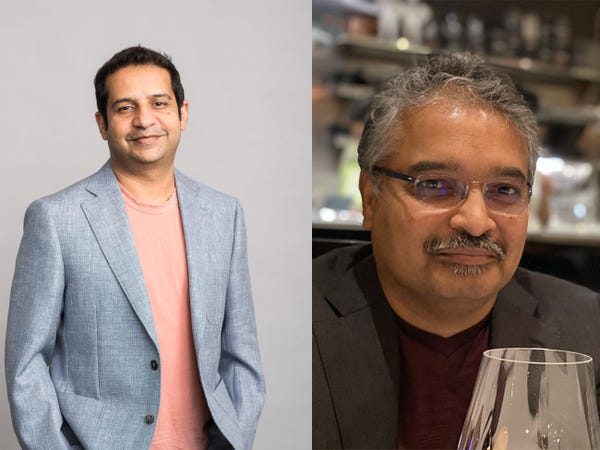 What it does: Skyflow helps protect sensitive customer and personally identifiable information (PII) across different applications on the cloud.

Why it will boom: "Protecting PII data is one of the foremost challenges of the coming decade, and Skyflow's approach enables every company to have Google and Apple like security and access controls for their PII data." 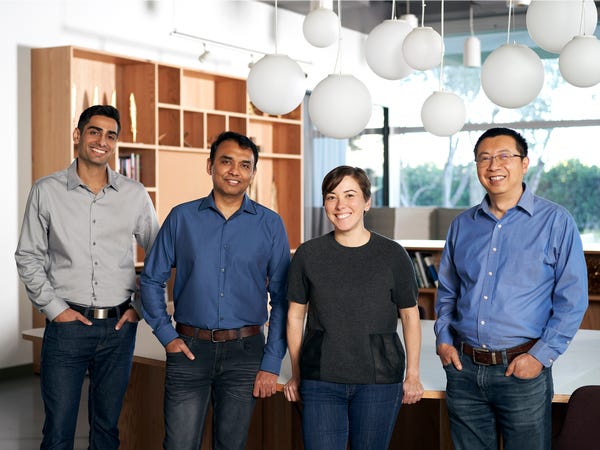 What it does: Spectro Cloud makes it easy for developers to use the cloud computing software Kubernetes to manage their apps in the cloud or private data centers.

Why it will boom: "Kubernetes is fast becoming the default management and orchestration platform. Despite this growth, we've heard from many Fortune 500 CIO/CTOs, that there is still not a single solution that meets their needs and gives them the ability to 'roll their own' [Kubernetes] solution without the headaches of managing it or being dependent on one cloud provider. Spectro Cloud is a cloud-native infrastructure company that makes Kubernetes manageable at scale for enterprises that need superior control and flexibility." 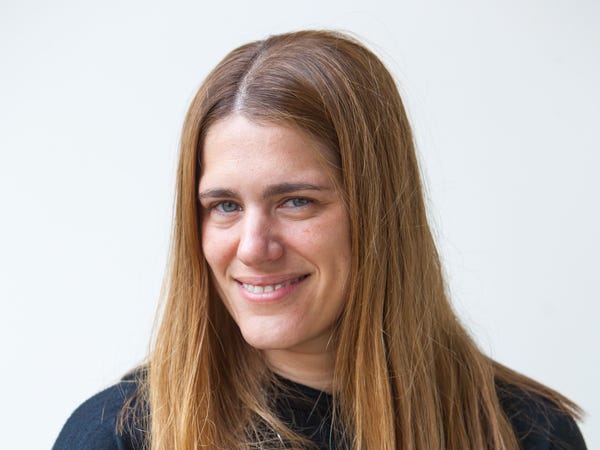 What it does: Solo.io offers products that help "glue" together various services when building apps. It also helps manage application program interfaces (APIs), which allow apps to communicate with services from other apps.

Why it will boom: Myers says many companies are evaluating the use of service mesh, which Solo.io offers to help customers connect, monitor, and secure the services they're using for their apps. This is "a strong catalyst for Solo," Myers said. 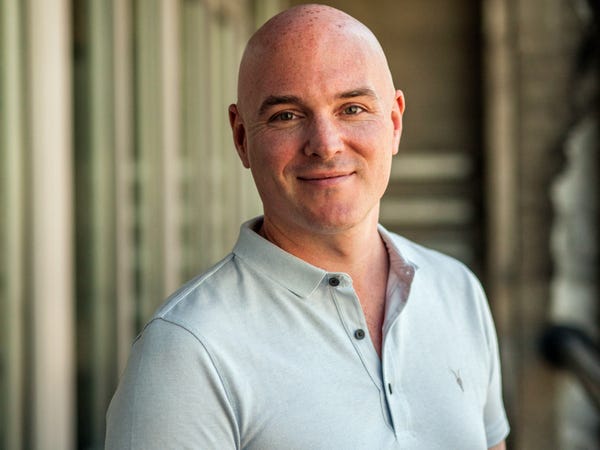 What it does: Pulumi builds an "infrastructure-as-code" platform that lets developers use familiar programming languages for cloud infrastructure.

Why it will boom: The startup says the technology eliminates silos between developers and infrastructure operators, and helps companies create and manage cloud applications more effectively. It's already attracted the attention of customers including Tableau and Mercedes Benz. 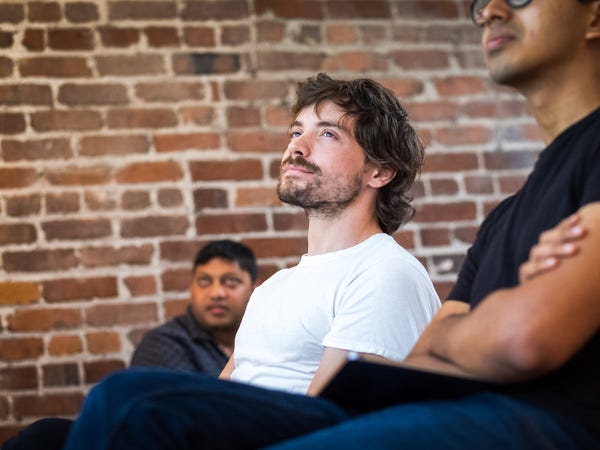 What it does: Vercel allows developers to build, scale, and host web apps for the cloud without having to set up servers.

Why it will boom: "JAMStack, which is a new, modern way of building website and apps, has reached a tipping point.  Vercel is a pioneer of this movement and has developed an easy-to-use, all-in-one JAMStack solution for developers to deploy static and dynamic websites at global scale." 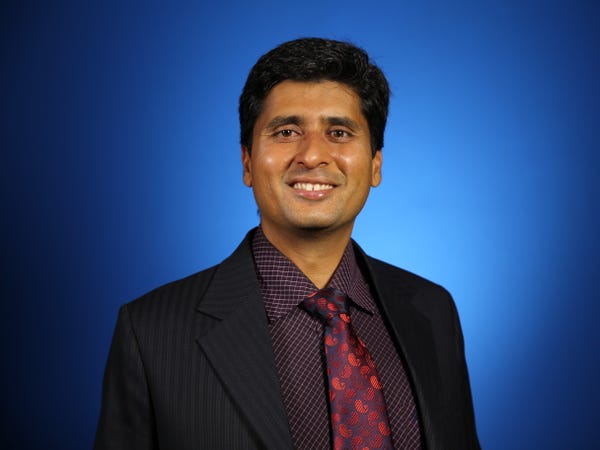 What it does: Fortanix provides data security across public and private data centers, and it can process and work with encrypted data.

Why it will boom: "While there are other platforms that can secure data at rest, only Fortanix secures data during run-time. Fortanix is on a path to becoming the single platform for data security for all enterprises." 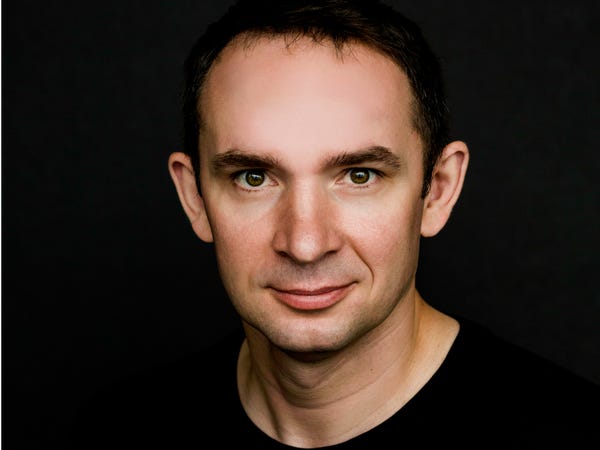 What it does: Gravitational helps users simplify cloud software management. Engineers can use Gravitational to secure their infrastructure and launch their applications to remote or restricted environments.

Why it will boom: "Concerns about security, compliance, and lock-in have historically been key barriers of cloud adoption.  Gravitational's open-source solutions solve these challenges out-of-the box without adding additional complexity or operational overhead for developers." 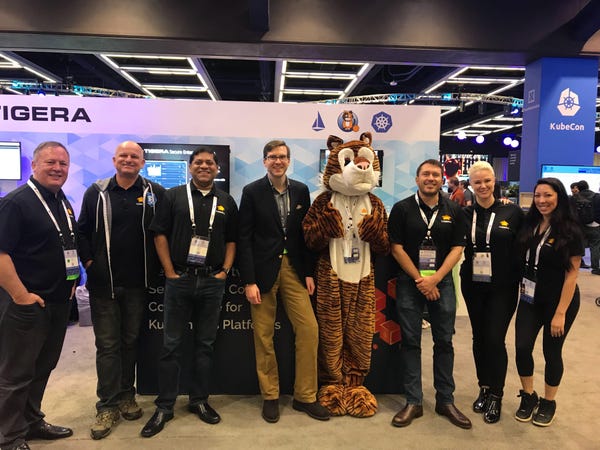 What it does: Security company Tigera helps protect applications and networks that run either in the cloud or in on-premise data centers.

Why it will boom: "Tigera is addressing a very important part of this complexity for enterprise customers by delivering a secure application connectivity solution in a cloud native world," Madrona managing director S. Somasegar said when the firm announced its investment in the company in 2018. 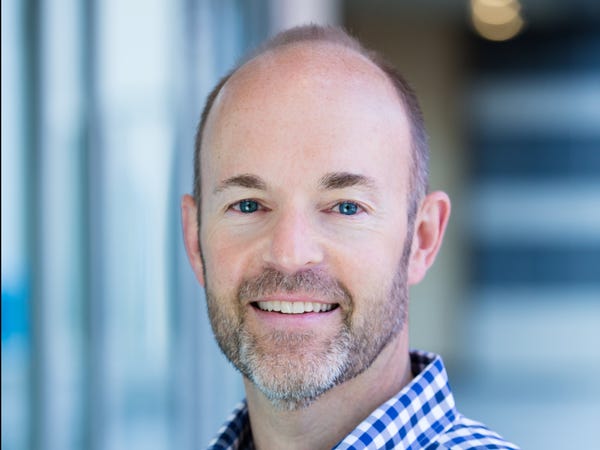 What it does: Fauna builds an application program interface (API) that helps developers access data and develop web and mobile applications without having to manage servers, eliminating much of the manual grunt work developers usually have to go through to build a secure and scalable app.

Why it will boom: The startup just announced that it brought on Okta veteran Eric Berg as CEO and former Snowflake CEO Bob Muglia as executive chairman. "Fauna has correctly identified serverless as the next frontier, and has succeeded in building the database of choice for this new era," Madrona Managing Director S. Somasegar said in a statement. 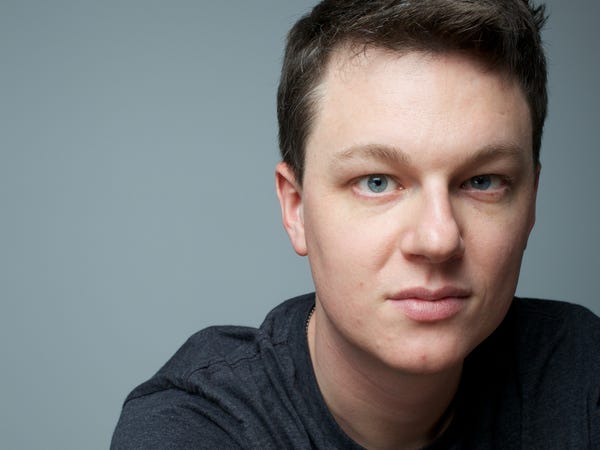 What it does: NS1 builds a traffic management platform for a company's infrastructure, both in private data centers and on the cloud.

Why it will boom: "NS1 built dynamic DNS – the foundation of Internet routing — to intelligently steer traffic across networks creating incredible user experiences, like those at Salesforce, LinkedIn, eBay and Dropbox." 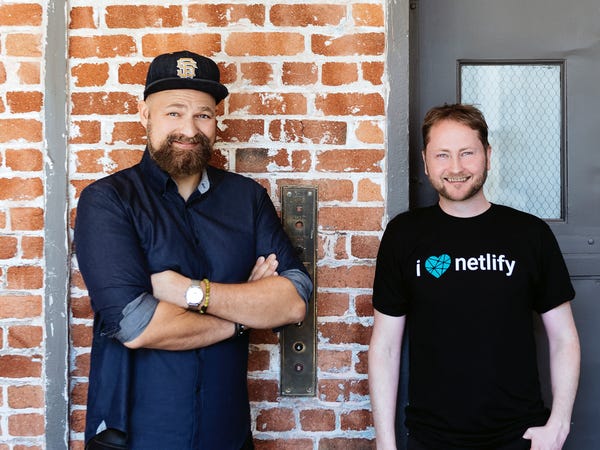 What it does: Netlify builds a web development tool and cloud hosting services for designing and hosting apps.

Why it will boom: "By replacing web servers with its global application delivery network, Netlify enables developers to deploy their apps closer to end users, resulting in substantial improvements in performance, and lower hosting costs," Moore told Business Insider in March. 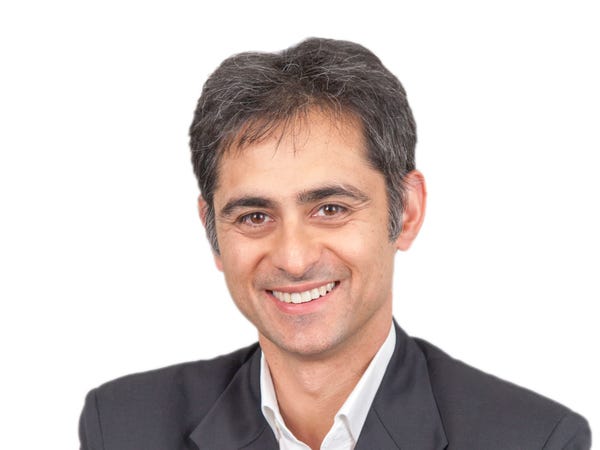 What it does: Qubole builds a cloud-based platform that automatically manages and analyzes data.

Why it will boom: "Machine learning and analytics are in high demand. While data warehouses help businesses learn from the past, Qubole's Data Lake Platform helps them understand the present and predict the future. Built by the original Facebook big data team, Qubole is helping customers accelerate machine learning, streaming and ad hoc analytics workloads in the cloud." 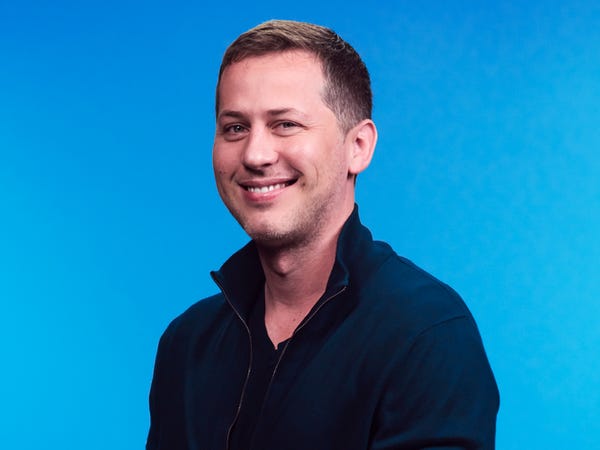 What it does: Fivetran brings together, connects, and processes data to store in cloud warehouses.

Why it will boom: "If data is the new oil, then Fivetran is the pipes that get it from the source to the refinery, all while bearing the burden of complex data sources without exposing it to the customer, which is why their customers love them!" 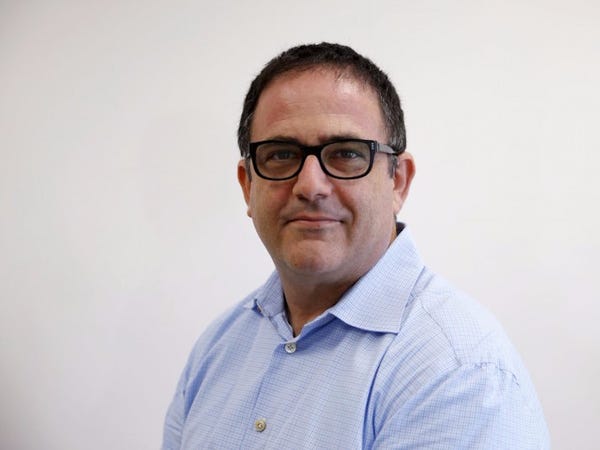 What it does: Cato Networks builds a cloud security platform.

Why it will boom: "Cofounded by Shlomo Kramer and Gur Shatz, the company helps securely connect enterprise office locations, remote workers, and cloud resources. This secure connectivity is even more important going forward." 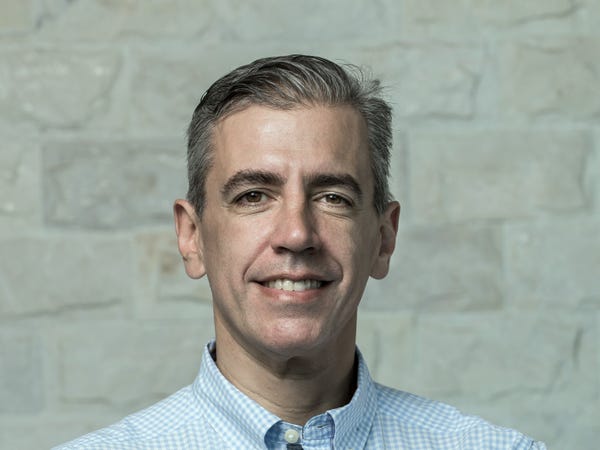 What it does: Auth0 helps manages user authentication and secures the login pages for large consumer and enterprise businesses.

Why it will boom: Cofounded and run by a 12-year veteran of Microsoft, Auth0 raised $103 million and doubled it valuation last year. The company was include in Forbes' recent Cloud 100 list and accounting firm Deloitte determined it was among the fastest-growing technology companies in the country. 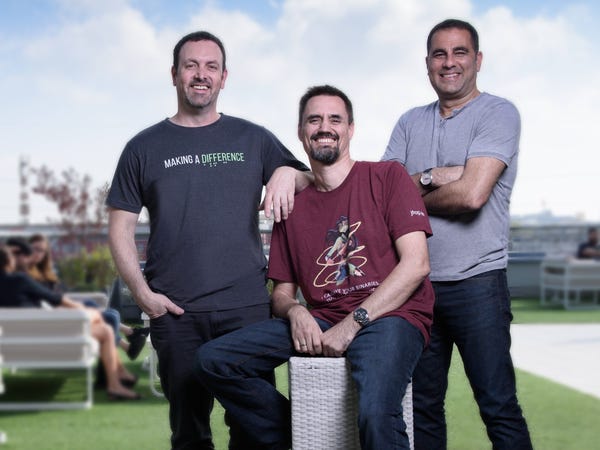 What it does: JFrog builds a DevOps platform to allow companies to manage and release software updates automatically.

Why it will boom: "JFrog has built an end-to-end DevOps and DevSecOps hybrid platform that makes software updates secure and seamless. With over 5,000 customers, JFrog has become the global standard for shipping high-quality software continuously and efficiently." 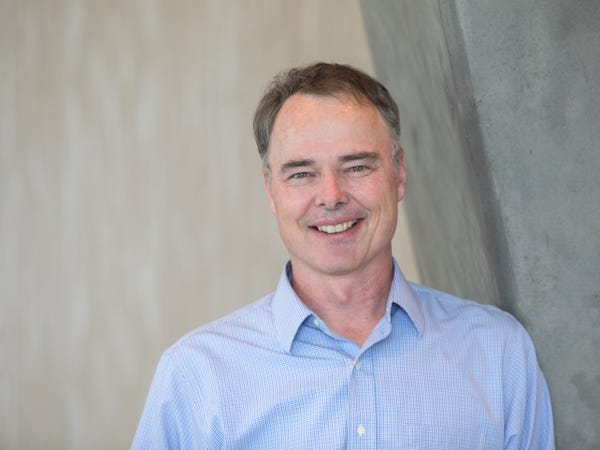 What it does: HashiCorp develops tools to help customers build apps and operate, run, and secure their cloud environments. With HashiCorp, customers can run multiple clouds.

Why it will boom: "It drove its first wave of growth off of its security product Vault. We've seen its usage pick up in Terraform and Consul. It just did another round relatively recently. We think that company will continue to grow over time," D'Onofrio told Business Insider. 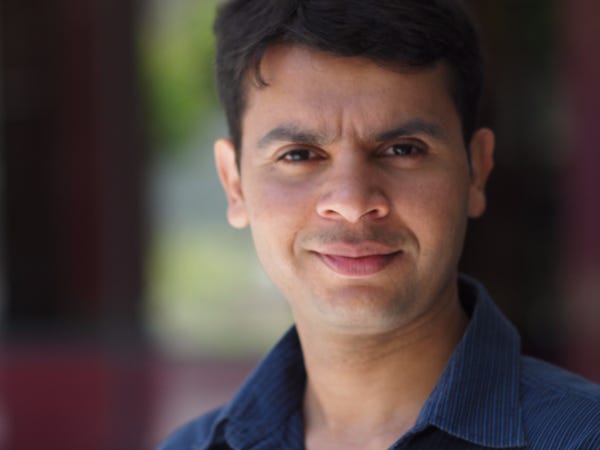 What it does: Cohesity builds a storage and backup system for customers' data and allows them to protect and manage it across multiple clouds.

Why it will boom: "'Data has gravity' and therefore compute will move to where the data is. With 2000+ customers, Cohesity is poised to become the most important infrastructure software company since VMware." 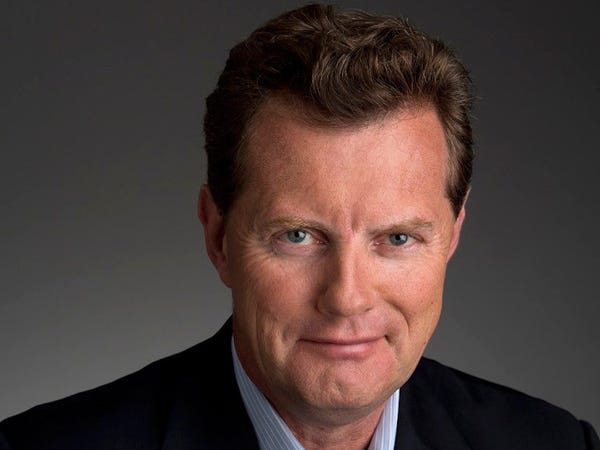 What it does: Snowflake builds a data warehousing platform for businesses to store, secure, access, and analyze their data for the cloud.

Why it will boom: Deeter believes that Snowflake will become one of the "iconic infrastructure companies of this next decade," adding that it's "establishing platforms that have the potential to be on the scale of VMware or EMC type businesses and make a meaningful run at the Amazon Web Services stack."