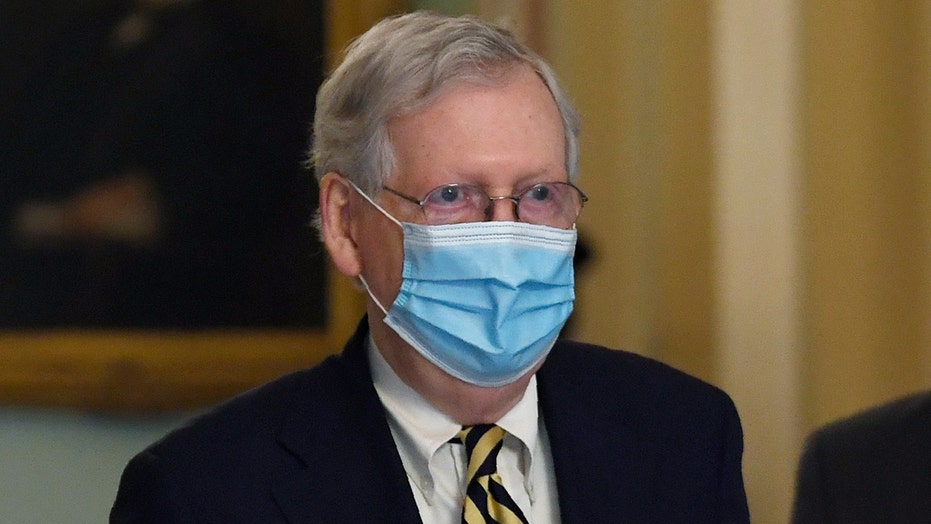 With less than three months to go before Election Day, Amy McGrath, the Democratic nominee for a U.S. Senate seat from Kentucky, has reportedly hired a new campaign manager.

McGrath, a former Marine fighter pilot, has raised more than $17 million in the second quarter as part of her effort to unseat Senate Majority Leader Mitch McConnell, R-Ky., but continues to trail in the polls, according to Politico.

The candidate's new manager is Dan Kanninen, a veteran of the campaigns for both Hillary Clinton and former President Barack Obama. He will be taking over for Mark Nickolas, the campaign said.

Nickolas will stay on the campaign as a senior adviser, according to The Hill.

McConnell’s campaign quickly fired back at the news.

“They needed to find someone with better expertise in lighting millions on fire,” his campaign tweeted in an apparent reference to Kanninen's work on Bloomberg’s expensive run.

Kanninen issued a statement as well.

“There is no more destructive force in Washington than Mitch McConnell — he is the architect of the dysfunction that is hurting Kentuckians,” Kanninen said in a statement, according to Politico. “Amy has served her country for more than 20 years, and she will continue to fight for Kentucky as senator. I’m honored to be a part of that fight.”

McGrath was the favorite heading into Kentucky's Democratic primary in late June, but she was forced to spend considerably more than planned on an unexpectedly tough challenge from Kentucky state Rep. Charles Booker, a progressive who attracted support from U.S. Sen. Bernie Sanders and U.S. Rep. Alexandria Ocasio-Cortez.

Related posts:
Recent Posts
Economy News:
Biden wants you to believe economy will be strong if he wins, here's why he's wrong
Ralph Lauren to cut 15% of global workforce
Oregon businesses threaten lawsuit over state's coronavirus response
This website uses cookies to improve your user experience and to provide you with advertisements that are relevant to your interests. By continuing to browse the site you are agreeing to our use of cookies.Ok