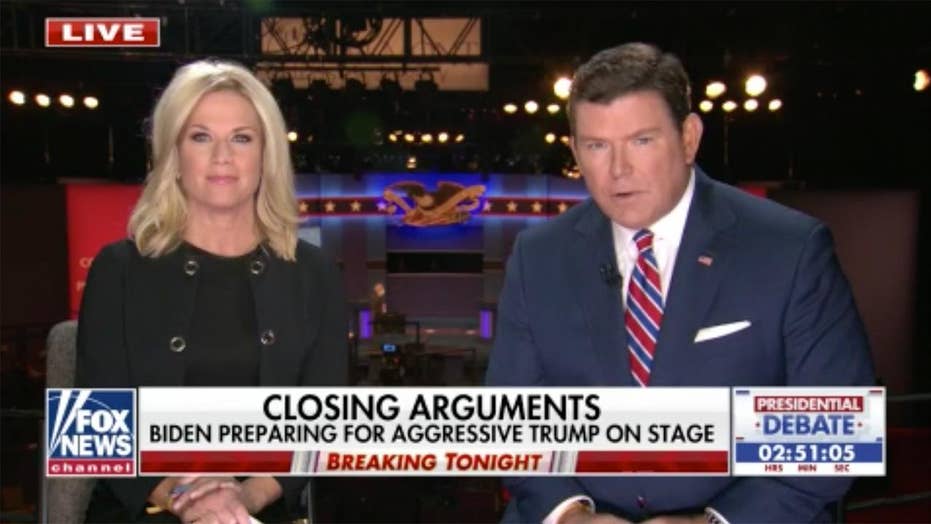 Bret Baier and Martha MacCallum give you a sneak peek of tonight’s final presidential debate, what to expect from each candidate, and more from around the nation.

“I hate to acknowledge it, because that's my industry — at least partially — but the public will have no faith. No confidence. Right now, the biggest issue is the trust deficit,” Luntz said in response to Baier asking how pollsters will fare if they are wrong in predicting the 2020 presidential election. “Pollsters did not do a good job in 2016. So, if Donald Trump surprises people, if Joe Biden had a 5- or 6-point lead, my profession is done."

National polls largely show Biden with a lead over Trump with two weeks until the presidential election.

Real Clear Politics, which pools together several national polls and takes the average, shows Biden up by 7.9 points, though in battleground states the former vice president is only up by 3.8 points – well within margin of error, which generally hovers around plus or minus four points.

Hillary Clinton was projected to win in 2016, with polling consistently similar to Biden’s.

FiveThirtyEight’s election project gave Clinton an 86 percent chance of winning during this point in the last presidential race. Biden is currently projected to win with an 88 percent probability.

Still, some polls appear to show a tighter race in their polling this time around.

But Luntz, a GOP pollster, still thinks that Biden will win the presidency after claiming that Trump won the second and final presidential debate Thursday.

“You've got to give Trump a minor victory because he’ll bring some [undecided] voters home, and it’ll close the race a little bit," Luntz told CNBC’s “Squawk Box" Friday. "But in the end, I think Joe Biden won the war.”

Clinton also faced obstacles that Biden is not necessarily struggling with.

Clinton was running in the post-Obama administration era and reports after the 2016 upset showed that voters were intrigued by Trump’s unusual, non-political behavior and ready for a shift in Washington.

The other major factor that will come into play during the 2020 election is the number of voters who were disillusioned with the 2016 presidential race and opted not to vote at all.

Although more people are expected to vote early during the 2020 presidential election, opposed to waiting until Election Day to vote in-person, more than 38 percent of the number of votes cast in 2016 have already been recorded with two weeks remaining until the General Election, according to the U.S. Election Project.

Democrats so far have cast their vote at a rate nearly double that of Republicans, though as early polling stations are opening the ratio will likely start to even out.